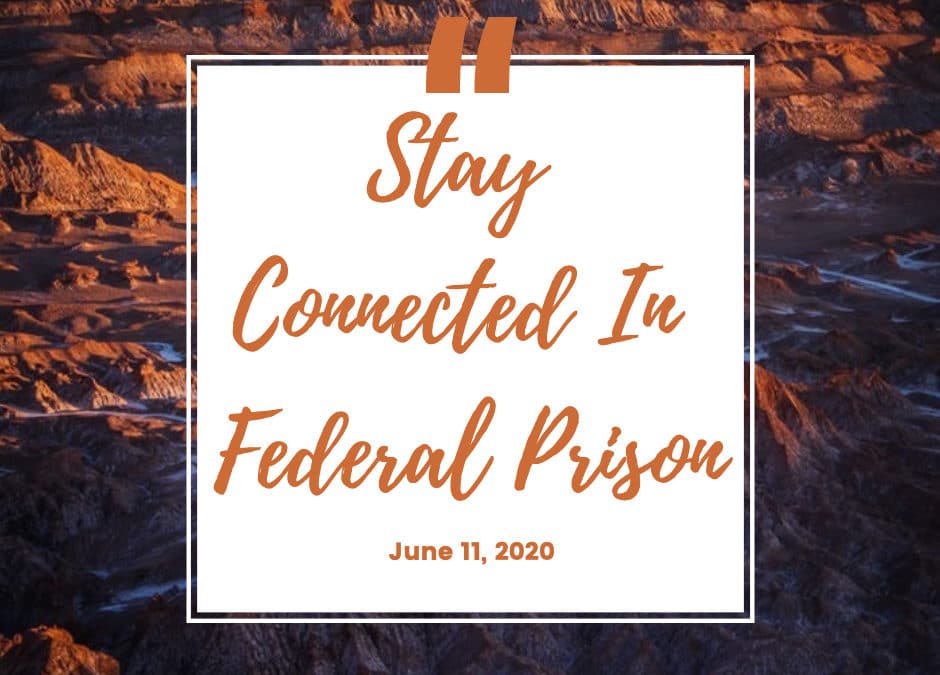 In the blog and video I posted yesterday, I discussed how adjustment patterns in prison follow a U-Shaped Curve. Essentially, people hold close ties to society when they are coming into the metaphorical “U.” After they surrender to federal prison and as they approach the center (stage 2) of their federal prison sentence, perspectives shift. Their values and behaviors tend to blend with those of the prison society. Then, as the individual moves closer to the end of his sentence, he begins ascending the right vertical side of the “U.” Perspectives shift again. He leaves the culture and values of the prison society behind and identifies with the value patterns of the community he will return to after release.

As I expressed in Lessons From Prison and in the content I produced yesterday, I felt that pattern, even though I served an 18-month term for securities fraud. Surrendering to federal prison, leaving behind my family, my friends and career really hurt. As I moved into the midway point of the term, I adjusted well. I was exercising, writing, preparing for the federal prison consulting and ethics speaking career I wanted to build. Then, I started to inch closer to my release date, I started to feel that anxiety again, eagerly awaiting my liberty.

Going to federal prison changes the way people think. People who never experienced confinement make the mistake of identifying a prisoner’s disciplinary record as an indication of his preparation for living in society. Staff members may say that a person who received a single disciplinary infraction—no matter how trivial—obviously has not learned right from wrong. After a person lives inside federal prison for a while, he recognizes that blemished disciplinary records are often symptomatic of the prison system’s poor design.

People outside of federal prison may not think of paying someone to “steal” food from the kitchen. Inside federal prison, life is different. For some, buying vegetables and fruit from kitchen hustlers becomes as common as brushing one’s teeth.

The longer a person serves inside federal prison, the more susceptible he becomes to being conditioned by the system. A man who enjoyed a rich social life outside, filled with family, friends, and business acquaintances, may go through a meltdown period. As holidays pass, a person may sense the loss more acutely. Out of site out of mind. Mail comes less frequently.

Prisons can make a person feel as if he’s lost hope and control over his own destiny. As people move deeper into their sentences, they may feel more separated from society. After a few years pass, they might only be able to communicate with other people in prison. People in prison can lose touch with the society outside of prison fences if they don’t take action.

My partner, Michael Santos served 26 years in prison. Rather than separating himself from society, he made conscious, deliberate efforts to grow stronger in every way. As a result of his daily efforts to connect with others, he succeeded in opening relationships. Those relationships led:

• To bringing mentors into his life,
• To earning a bachelor’s and a master’s degree
• To publishing several books,
• To his coordinating friendships with numerous business leaders,
• To his building multiple income streams, and
• To his getting married during his 16th year of imprisonment.

Instead of struggling upon release, Michael launched a lucrative career. In Earning Freedom: Conquering a 45-Year Prison Term, Michael attributed his success to rejecting that myth that adjusting inside federal prison requires a person to forget about the outside world. Efforts he made to connect with law-abiding citizens opened numerous opportunities for him, and he urged others to do the same.

The BOP publishes policies indicating that it encourages people to maintain close ties with the community. Those statements tend to belie policies by which people have to live inside federal prison. For example, as a general rule, prisoners are not allowed to visit with people they did not know prior to incarceration. Another rule limits people from the amount of time they can spend on the telephone. Further, disciplinary sanctions frequently include taking telephone and visiting privileges away.

How to Stay Connected Inside Federal Prison: People should expect obstacles as they try to connect with society. It makes sense to invest time and energy to grow in spite of such barriers.

Many people get depressed during confinement. They lose focus, or have a hard time completing activities that they used to accomplish routinely—like reading a book, studying, exercising, or sleeping. They just get sad and vegetate. They have built an idea of their worth as a human being according to the success, accomplishments, or life they lived prior to prison.

For those that fail to take action, prison distorts a self-image. Confidence can slip away, resulting in a debilitating depression.

Our team argues that leading a values-based, goal-oriented adjustment can make all the difference. It can empower people. Prison provides an excellent opportunity to sublimate energy and develop new skills. Pursuing meaningful goals in the midst of struggle can boost self-esteem. Consider: