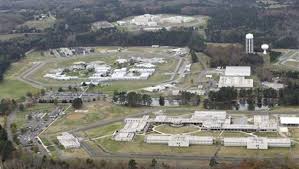 The following article is a post by my good friend and client, Jay Hand. JP

“Of course, I hoped I was going to get probation, maybe home confinement. But the truth is I was facing up to 60 months in federal prison. I always knew Butner Federal Prison Camp could be in my future…

From the beginning, I had taken responsibility for my bad decisions and cooperated fully with the government. I spent a small fortune producing over 20,000 pages of documents and made numerous flights to Boston to meet with federal prosecutors. I was doing everything my white collar defense lawyer suggested to mitigate my situation. But this was new territory for me. I had never run afoul of the law and had no experience or knowledge of how to endure the process of being prosecuted. Truly, I felt my life was over. I had no idea there were federal prison consultants that specialized in helping one navigate through the maze of the federal criminal justice system. After a few false starts, and a lot of research, I came across Justin Paperny and Michael Santos. 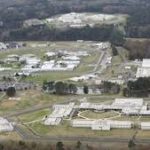 I wish I had met Justin and his team earlier. For the first time, I was able to get an aerial view of what was to come and how to deal with the inevitable fallout and challenges I was facing.

From the beginning, I followed Justin Paperny’s advice. I read his books Lessons From Prison and Ethics in Motion.

So I started to take action. I took my head out of the sand and got to work. I watched Justin’s videos on YouTube, then we would discuss them at length. Justin and I spoke weekly and we put together and implemented a plan. I started taking better care of myself. When I felt overwhelmed I got out of the house. I went for walks. I read Viktor Frankl, Solzhenitsyn, Jung and anything I could get my hands on. Depression was a constant companion, so I had to do everything I could to stay away from the abyss.

I volunteered in homeless shelters, manned helplines and tutored the indigent. In a two-year period, I volunteered for over 375 days. I asked for and received glowing letters of support from my community. I began making restitution. I followed every bit of advice I received from Justin Paperny and his team.

I got a job. Not the job of my dreams by any stretch, but it was work, and it got me “out of my own head.” It was tedious, backbreaking work detailing cars. Seldom were there days when the temperature dipped below 90 degrees. And this is the South, where only “Mad Dogs and Englishmen” can tolerate the humidity. I lost 25 pounds. But this was the easy part.

I studied for, and took the GRE exams for graduate school and applied to two programs for a Masters degree in Social Work.

I spent over two years not knowing my fate. I couldn’t change the past, and I couldn’t move forward with my life until my sentencing. My life was on hold. This period was by far the worst period of my ordeal – the waiting, the unknown.

I received a 9-month sentence in federal prison. The reality was here: soon I would be reporting to Butner Federal Prison Camp.

It could have been a lot worse. Was it “fair?” Was it “Just?” Does it matter? The odd part is that after I was sentenced to Butner Federal Prison Camp I was relieved. Now I had some certainty. I now knew that one day this would be over.

There are aphorisms, slogans and motivational quotes aplenty about making lemons into lemonade. In the end, sanity is coming to realize that life is painful but suffering is optional. Of all the snappy slogans I’ve come across with respect to incarceration is: “One can come out bitter, or come out better.”

A few days ago, Justin put me in touch with fitness coach Matt Hagy. I spent a good hour outlining my physical and spiritual goals.

This morning at 8:27 am, I received five emails from Matt, each outlining a course to achieve my goals. At 9:30 am, I was at Fitness World signing waivers. By 10:00am, I was sprawled-out trying to do the Downward Dog yoga pose. Looks easy enough in the video, however, after ten minutes I was exhausted. Regardless, I stayed at the gym three hours, resting more than exercising, but not stopping until the clock struck 1:00pm.

That night I slept better than I had in months. And not just because I was exhausted, but because I had adhered to the plan, and was one-step closer to exiting federal prison and becoming someone better than I am today.