My Thoughts on the College Admissions Scandal 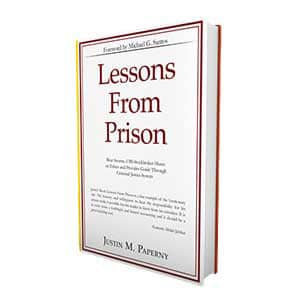 My Thoughts on the College Admissions Scandal

As you would expect, I have received a number of calls, emails and text messages over the massive college admission scandal that broke yesterday.

I have been asked by friends, clients and media the following:

3: What about that lawyer who as a big wig at that huge law firm? 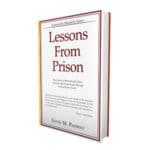 To be clear, our team empathizes with the massive number of people that now face felony charges related to helping their children prepare for college.

Although we don’t have details, our team does not condone the overuse of our nation’s criminal justice system. In this era of mass incarceration, prosecutors are too quick to bring felony charges against American citizens.

Regardless of what sentences judges impose for the defendants in this case, it’s a great injustice when we treat people as criminals when a civil response strikes us as being more appropriate.

What’s next for the defendants that are facing charges in federal court? A lot of complications, expense, and heartache!

People that have been swept into this tragedy should do everything within their power to learn about the process ahead.

Each defendant will appear before a federal judge to enter a plea. As a matter of practice, the defendants will enter “not-guilty” pleas. Then, the defense attorneys will review the evidence and begin assessing how to proceed. In the federal judicial system, most defendants plead guilty in exchange for leniency at sentencing. In this case, probation may be a possibility for defendants that plead guilty and accept responsibility. The threshold of money involved was relatively low by federal sentencing-guideline standards. But federal prison could definitely be a possibility for some.

But there will also be an interview with the defendant. The defendant will have an opportunity to convey his or her version of events. Defendants would be wise to prepare in advance for the pre-sentence investigation report. The final report will have an enormous influence on the defendant’s life, long after the sentence is imposed.

If the judge imposes a term of imprisonment, the Bureau of Prisons will go through a custody-and-classification process to determine the most appropriate facility for the defendant. Each defendant should learn more about this process, which may also include a risk-assessment, depending upon when the judge imposes sentencing. The First-step Act requires the BOP to conduct a risk-assessment on every federal prisoner, but the risk-assessment provision of the law may not be implemented until later in 2019 or in 2020 (risk-assessments are not in place as of this writing). The lower one scores on a risk-assessment tool, the more quickly qualifying defendants may transfer to home confinement.

After the conclusion of the prison term, and the term on Supervised Release, each defendant will have to deal with the collateral consequences of living with a felony conviction. That can include complications with a career, with banking, with housing, and with business. Again, people with felony convictions should prepare well for such collateral consequences. I write about these complications and how to overcome them in my book, Lessons From Prison. 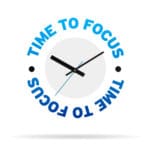 For the reasons stated above, we strongly encourage defendants to learn as much as possible about the journey ahead. Our YouTube channel and podcasts offer considerable amounts of free content to teach others how to prepare for best possible outcomes.

Again, we do not have details of any of the specific case files mentioned in the media. Yet we strongly oppose bringing criminal actions that have lifelong implications against people who do not pose any threat to society.

From what we have read, it would seem like civil proceedings would have been far more appropriate in this case. People will lose careers, and people will spend millions of dollars in legal fees. As American citizens, we consider this a waste of human life and human resources.

For reasons like these, our entire team calls for an end to mass incarceration. We’re thankful for the reforms that leaders like our partner, Shon Hopwood, are spearheading in Washington, DC.