Does Your White Collar Defense Attorney Have A God Complex?

Hi, it’s Justin Paperny coming to you from a very chilly day in beautiful Richmond, Virginia. In about 15 minutes, I’m going to train federal public defenders on sentencing mitigation. And it’s a great day to train federal public defenders because earlier today I had a conversation with a client who is going through a miserable situation with his lawyer who suffers from what I like to call, or many people have called the God complex. 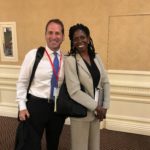 Because many federal public defenders are open to mitigation, to outside ideas. Some white collar defense lawyers who approached the $800 to $1,200 an hour suffer from the God complex. How can I help you deal with a lawyer or someone who has the God complex?
Before I tell you, to be clear, I’m not indicting every white collar attorney or lawyer that makes $1,000 bucks an hour. I know many of them are ethical and fair. I’m simply conveying that the more one charges, the more they may have belief in their ability, and that’s essentially what the God complex is. From my experience, someone who has an unrealistic or elevated belief in their ability, they think they are the best, no one can reason with them, and that’s a problem, especially if you have retained them to try to get the best outcome, which in my case is an experience in the criminal justice system.

I’ll give you an example of a lawyer that suffers from the God complex. There is a judge I spoke on stage with two years ago, Judge Benita Pearson. I did a training in Los Angeles. And on stage, Judge Pearson said she is a believer of sentencing videos, presuming they’re done the wrong way. Judge Pearson is a judge out of Ohio. I had a client who was going to go in front of Judge Pearson. My client retained a very expensive lawyer in Ohio. And I said to the lawyer, great news. We have a judge that believes in mitigation, who believes that defendants can articulate through their own efforts why they’re worthy of mercy. One of the ways we can do this is through a personal narrative, but also a sentencing video. I spoke on stage with Judge Benita Pearson. I heard her say it.

The white collar defense attorney said, “I’m not doing a video. I’ve never done a video. Because I’ve never done a video it doesn’t mean I’m going to start doing a video. I’ve been doing this for 20 years. I’m the best at what I do, no one knows this district better than me.” I said, “I understand you’re skilled at what you do. Thank you. Judge Pearson’s been on the bench now for about 10 years and I spoke with her on stage, and she said to every lawyer in the room, videos impact her.” “I don’t know Judge Pearson. I know that I’ve been a lawyer for 20 years, I know that I went to a very good law school. I know that I command a high wage, and I know that I’m not doing a sentencing video.”

So then the white collar defense attorney told my prison consulting client, if you want to do a sentencing video, that’s great. You’re fired, and you’re not getting any of your money back. So it put the client in a very difficult situation. He had paid him a great sum of money, despite the evidence that this video or other mitigation factors could influence this judge, the lawyer said, it is not going to happen on my clock. And my lawyer said to me, or my client said to me, “This is awful, this is terrible. I know it’s the right thing to do, but I can’t go above and around my lawyer,” and I understood it and I empathized with you.

So if any of you come across someone with a God complex, what do you do?

Someone that cannot be reasoned with? If you give advice that differs from theirs they get insulted, then they go through this circular reasoning to try to convey to you why they’re right, and you get lost in the process, run! That’s the best advice I can give to any of you who’s dealing with someone with a God complex. Don’t try to fix them, don’t try to heal them, don’t try to reason with them. Run. Make sure they are not a part of your life. It’s really that simple.
And if you are too late into the process, I would encourage you to create documentation that at least expresses your frustrations in thoughts expressed to a lawyer that you have an approach, or a strategy you’d like to consider. See how he responds. At least track it, document it, so down the road you have evidence if things go wrong that you tried to go about it a different way. 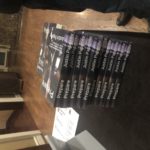 If you’re dealing with someone that’s unethical, cannot be reasoned with or has a God complex, they’re so set in their ways you can’t convert them. You can’t try to change them. It’s not a good use of your time. And worse if you try to, and you hang around them long enough, their behaviors, and their habits and idiosyncrasies can melt their way into you and you can begin to associate and act like them, especially if you work with people like that.

So that’s how I’ll wrap up. If you are dealing with someone who has an elevated thought process about who they are, if they cannot be reasoned with, if they are not open to the opinions of others, despite massive amounts of evidence, I empathize with you.

Run, don’t try to help them. And if you can do that, you position yourself with people who are open to ideas like these federal public defenders will be today. A lot of federal public defenders get a bad rap, they’re told they’re useless, they are not. They have a passion, a dedicated commitment to this industry, to help people. And in my experience as a federal prison consultant with more than a thousand clients over the last 10 decades, I have had some of the best outcomes with federal public defenders because they’ll say to me, Justin, I value your opinion. I value your help. What are some creative things we can do to mitigate?

I hope all of you how those sorts of executives in your life and not the God complex that my federal prison consulting client had to deal with in Ohio in front of Judge Pearson.

P.S. If you want to continue your preparations go to www.ResilientCourses.com now to get access to more than 25 lesson plans and videos.