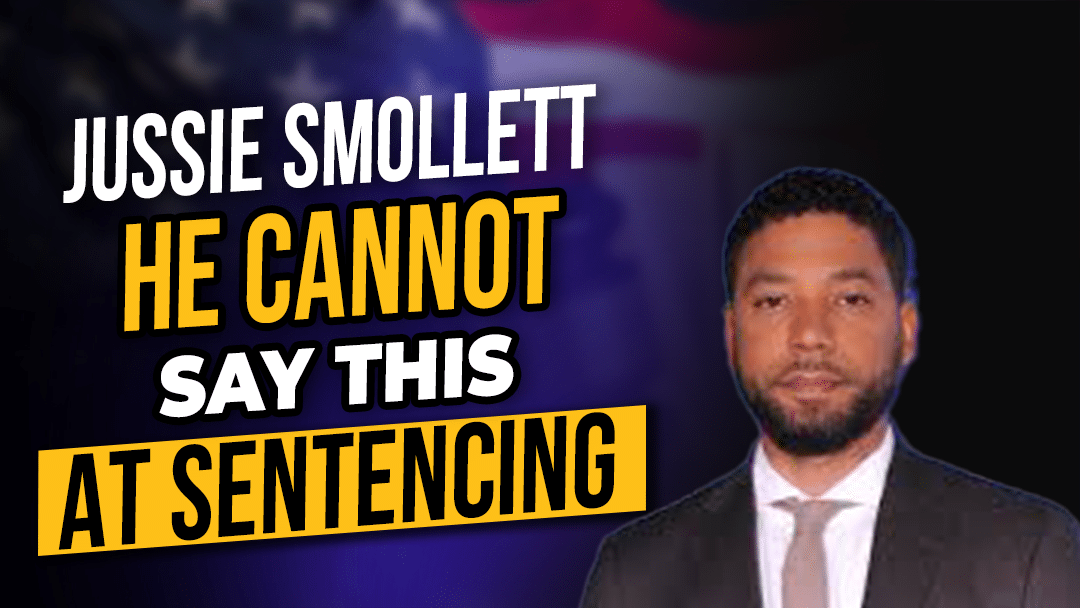 “What should Jussie Smollett tell the Judge at his sentencing?,” a journalist in Chicago asked me this morning.

Jussie Smollett faces a sentencing hearing after a jury convicted him on five counts of disorderly conduct in the fourth degree. The charges stem from Smollet’s filing false police reports alleging that he was the victim of hate crimes in 2019. Smollett could get a sentence of up to 3 years in state prison and up to $25,000 in fines on each count. In addition, Smollett could receive community service hours. Smollett’s lawyers have vowed to appeal his conviction and argue for no prison time. At White Collar Advice and Prison Professors, we regularly work with people in the same position as Smollett.

Can Jussie Smollett Get Probation?

Whether Smollett gets a sentence of probation or time in prison depends on several factors. Smollett faces a possible prison term of up to 3 years, but he is a 39-year-old man with no prior criminal record. That should be extremely helpful to his request for leniency at sentencing. Presumably, Smollett will ask the Judge for a sentence of probation and/or community service rather than time in prison. Smollett faces up to 3 years in state prison, and avoiding any prison time or serving a short prison sentence is never a foregone conclusion.

To avoid serving time in prison or reducing such time to a minimum, Smollett has to put in the work to prepare for sentencing and address the prosecution’s and the Court’s concerns. For example, prosecutors have already indicated that Smollett’s conviction is very serious, highlighting: the social damage Smollett caused by Smollett faking a hate crime; the waste of police resources on the case; and the fact that Smollett lied to the jury, which convicted Smollett even after he spent seven hours on the witness stand standing by his account.

“It’s fair to say Mr. Smollett is not repentant at all,” the lead prosecutor has said. “And he doubled down during our trial. I will emphasize those matters as I should.” Given these statements, prosecutors will likely ask the Judge to impose a term in prison on Smollett, if nothing else, to make an example out of him.

In such a high-profile matter, the stakes are as high as they get. Everyone has an opinion about the proper consequence for Smollett’s conviction, and the sentencing Court needs all the help the defendant and his team can provide. Moreover, a defendant cannot simply rely on defense attorneys to do all the work. The defendant must take steps personally to change the narrative and try to repair the damage that his actions have caused.

What Sentencing Judges Want To Know From Defendants

Over the years, our team has spoken to many Judges about the sentencing process and learned some of the things they look for from the defendant to determine the sentence. All sentencing Judges expressed the same message. They want to know more about the defendant. Sentencing Judges take a person’s sentencing extremely seriously. They already know the law. They have a solid understanding of possible penalties. They know all relevant decisions related to sentencing issues. They know what prosecutors have to say about the defendant. And they know what the probation officer wrote in the presentence report. Judges also know that the defense attorney will use legal principles and precedents to make a solid case for the lowest possible sentence.

Because sentencing Judges want to know more about the defendant, defendants can help themselves by investing time and energy to present their stories. The essence of a good sentence-mitigation strategy is presenting a person’s story, which helps the Judge understand the “why” of how the defendant got into the situation.

Significantly, when working with clients in a position similar to Smollett, we advise them not to try to excuse their behavior. There is already a finding of guilt if a sentencing hearing is coming up. A defendant will not advance his prospects for mercy at sentencing with the “it’s-not-my-fault” approach. Nor will they help their case with “I’m-going-to-miss-my-kids.” All defendants miss their families. That argument doesn’t move the needle in a sentencing hearing.

What are the things that can move the needle?

Before The Sentencing Hearing

Step 1-Participate in the Presentence Report Process. Before the sentencing hearing, the probation department prepares a presentence report recommending a sentence to the court. Typically, a probation officer will interview the defendant (and others) to prepare the report.
Smollett, like most defendants, would be wise to participate in the presentence report process actively. While the sentence recommendation in the report is not binding on the Judge, it can sometimes have some influence.

Because criminal cases create victims, Judges view favorably a defendant who acknowledges the victims, apologizes, and seeks to make amends. In a case like Smollett’s, the defendant could apologize to the city of Chicago for the waste of limited police resources to investigate false allegations. Also, Smollett’s family has likely been adversely affected by his actions.

Step 4-Pay Back Restitution or Costs:

Paying back some or all restitution, costs, and penalties is not always possible in a criminal case. However, Judges tend to view favorably a defendant’s attempt to do so. It is a form of making amends or accepting responsibility. In Smollett’s case, the Chicago Police Department has filed a lawsuit to recoup the costs of their investigations into Smollett’s false allegations. Paying for some or all of these costs is an issue that Smollett and his legal team could consider if they think it could help mitigate Smollett’s criminal sentence.

Although Smollett’s attorneys will submit a sentencing memorandum to the court before sentencing, Smollett can advance his cause further with a personal narrative. The personal narrative provides a life story for the Judge to consider. That story may take several pages to write. As a rule, present the story in written format. Some people may present a story in four or five pages. Others may require as many as ten pages to narrate a life story. Each case is different. A well-written narrative will give the Judge more information to consider, and it will show the Judge why the defendant is worthy of mercy.

At The Sentencing Hearing

The sentencing hearing provides a criminal defendant the opportunity to speak in open court to the Judge, prosecutors, victims, and the public. It is a final opportunity to ask the Court for leniency and show remorse before hearing the sentence. The statement at the hearing should cover these issues/questions: reflect sincere remorse; provide backup documentation to support claims of remorse; show an understanding of the losses caused by the crime; show what the defendant learned from the process; show an understanding of the victims in the case; anticipate what prosecutors will say; avoid blaming others for the defendant’s actions; differentiate the defendant from other people that have appeared before the Court for sentencing; take the time to help the Judge get to know the defendant; show efforts to make amends.

Preparation is the key to getting the best possible outcome at the sentencing hearing. Criminal defendants like Jussie Smollett must address the personal questions that sentencing Judges have, and a personal narrative is a good step in the process.