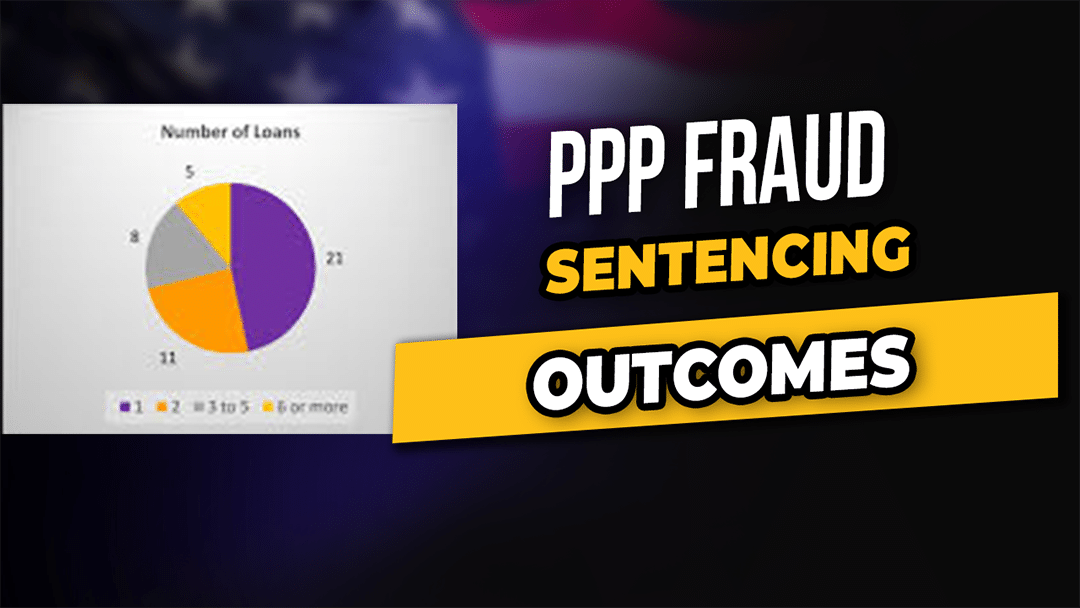 Federal judges are including prison time in most Payroll Protection Program (PPP) and EIDL loan fraud sentencings to date.

Since May 2020, when the government approved COVID-19 economic relief programs for small businesses, the Payment Protection Program (“PPP”) and the Economic Injury Support Loan (“EISL) fraud has made constant headlines.

As more and more cases march towards sentencing hearings next, let’s look at the sentencing outcomes to date.

As soon as the government rolled out the PPP loan program in May 2020, federal law enforcement also began investigating allegations of fraud. These investigations involved, among other things:

Those initial law enforcement investigations quickly turned into arrests and prosecutions against hundreds of people. To this day, the government continues to file new PPP loan fraud cases every week.

Many more new PPP loan fraud cases are in the pipeline, and the headlines announcing them will continue.

Most cases are now at a stage where, after pleading guilty, defendants are completing their pre-sentence investigations and prepare to face facing the sentencing judge at a sentencing hearing.

Let’s look at how prosecutors and federal judges are approaching sentencing for PPP loan fraud defendants. For example, is the primary consideration the loan amount? Are most defendants going to prison, or are many also considered for probation? What is the average prison term?

As of now, the evidence is more anecdotal than not, but we will monitor developments closely as more defendants face sentencing.

The reality is that people go to prison for $20,000 PPP loan fraud. While sentencing judges determine a defendant’s prison sentence on a case-by-case basis, time in jail or prison cannot be ruled out. Indeed, current cases show most PPP loan fraud sentences include time in prison.

As to the question of “How long do you go to jail (or prison) for PPP fraud of $20,000?” the answer is that the PPP loan amount is a significant factor heavily weighed at sentencing. The sentencing judge also considers the government’s ability to recoup the stolen funds, the defendant’s criminal history, and other individual case factors during sentencing.

A person’s prison term is determined on a case-by-case basis by federal sentencing judges, informed by the US Sentencing Guidelines.

*Pro-Tip: To better understand how the US Sentencing Guidelines generally apply in PPP loan fraud cases, click on this informative article from the Prison Professors blog: PPP Loan Fraud: A Case Study.

Still, in the vast majority of sentencings reported so far, judges have doled out prison time. In only two cases so far, the defendants received probation. See Data Table below.

Whether a PPP loan fraud case involves thousands, hundreds of thousands, or millions, defendants can receive prison sentences in these cases. If there is evidence of fraud, people can go to jail for a $20,000 PPP loan, just like someone whose PPP loan was $100,000 or $1 million.

We have not conducted an exhaustive review of every sentence that federal courts have already imposed in PPP loan fraud cases as of November 15, 2021. Anecdotally, however, courts are routinely handing down prison time as part of the sentence in these cases. That is not surprising, given the statutory penalties involved. See Table below.

The statutory penalties and maximum prison terms relevant to PPP loan fraud cases depend on the specific charges.

Although the million-dollar PPP loans steal the headlines, prosecutors are targeting fraudulent PPP loans of all amounts. They have not formally said they would not prosecute or seek prison time where the PPP loan fraud is below a specific number. Anecdotally, there are reports of raids and arrests in PPP loan fraud cases of $10k, $15k, and $20k.

We do not yet know the level of resources the DOJ will devote to pursue those fraud cases involving smaller loan amounts.

For people whose cases involve smaller loan amounts, the problem remains that prosecutors and sentencing judges often want to make an example out of anyone who participated in PPP loan fraud.

As an FBI official remarked in one recent case, prison sentences for PPP loan fraud “should serve notice that the FBI and our federal partners will investigate anyone who misdirects federal emergency assistance earmarked for businesses who need it to stay afloat…We won’t tolerate anyone driven by personal greed to pocket American taxpayer money that should be going to those who need it.”

And, Acting US Attorney Nicholas Ganjei explained his reasoning in going after PPP loan fraud aggressively:

“Stealing limited COVID relief funds is the very definition of stealing from the less fortunate… Every dollar that was stolen and extravagantly spent ….was one less dollar that went to a struggling business scrambling to meet its payroll obligations to employees. The Department of Justice and its partners will do everything in their power to investigate and prosecute those that would deign to steal these limited funds and stall national recovery efforts.”

This sentiment can be worrisome for anyone who participated in allegedly fraudulent PPP loans, regardless of the loan amount.

A JUDGE’S APPROACH TO A PPP LOAN FRAUD SENTENCING

Sentencing a criminal defendant, in any case, is not an easy task for federal judges. At sentencing, they have to consider many factors. In a PPP loan fraud case, the loan amount is one of them. Another is the government’s ability to recover the ill-gotten gains.

*Pro-Tip: Click on this recent article (and the internal links within) from the Prison Professor’s blog to better understand the federal sentencing process. A PPP Loan Fraud Case Study.

The Judge admitted that it was difficult for him to decide on Tubbs’ sentence, which carried up to 30 years in prison and a $1 million fine. Tubbs claimed close to $2 million in PPP loans for businesses that did not qualify. Tubbs used the loan proceeds to pay off personal debts, student loans and purchase many goods and services.

Judge Miller noted that the government was able to find the fraud quickly and recovered all but $14,000 of the loan money. Still, he could not give Tubbs a complete pass for this.

“Should Miss Tubbs get the benefit of the fact that the government figured it out quickly?” Judge Miller asked aloud, questioning why the bank gave Tubbs the loans with little to no documentation.

“On the other side of that equation, she walked in and defrauded them,” Judge Miller said. “It was a bad fraud, but she actually went in there and did it.”

Tubbs’ lack of criminal history had an impact on the Judge. “It is not like she is somebody who has been running around robbing people for the last 10 years,” he said. “Three years in prison is like 20 years for some other people. Some people can go to prison and knock out those years like it is nothing. For someone like Miss Tubbs, it is really a harsh environment.”

Based on Tubbs’ lack of prior criminal history and her quick acceptance of responsibility, Judge Miller sentenced Tubbs at the bottom of the sentencing guidelines, which suggested a 41- to a 51-month prison sentence.

The Tubbs case shows how a federal sentencing judge considers different factors to ultimately decide on a sentence in a PPP loan fraud case.

First, it bears repeating that other than a sentencing judge, no one can guarantee a defendant accused of $10k or $20k PPP loan fraud that they will avoid prison time. The relevant statutes call for incarceration as a possible penalty.

Still, many experienced lawyers and sentencing mitigation experts believe they can advocate for little to no jail or prison time in cases where the loss amount is smaller.

Bear in mind that a large number of PPP loans are for under $50,000,  according to data published online (see chart below). But it is still unclear to what extent the DOJ will deploy its resources to prosecute PPP loan fraud cases under $50,000.

The argument for little to no prison time where the PPP loan amount is $10k or $20k is not new and relies on the loss amount. One of the most important and determinative factors at sentencing in fraud cases will be the loss amount.

The federal Sentencing Guidelines use the “intended loss” or /”loss amount” to recommend a sentencing outcome. Intended loss means that a person who applied for a $1 million PPP loan could be sentenced based on $1 million even if they did not receive it because they intended to take $1 million.

The Sentencing Guidelines work on a sliding scale and will generally recommend longer sentences for more significant loan fraud amounts. As such, in cases where the intended loss, or PPP loan fraud, is “only” $10,000 or $20,000, counsel would ask the court to sentence the defendant to probation with no prison time. It is not an implausible argument.

Reported cases do not yet show examples where defendants avoided a prison sentence based on a small fraudulent loan. For example, the Sentencing Guidelines might recommend a prison sentence for a person with a lengthy criminal record even if their PPP loan fraud amount is $20k.

Regardless of the intended loss in their PPP loan case, people must consult their own legal counsel to ascertain what might be a likely sentencing outcome in their particular case. Every case is unique, and sentencing judges take myriad factors into account.

To learn more about work, schedule a call here.