What Is White Collar Crime? 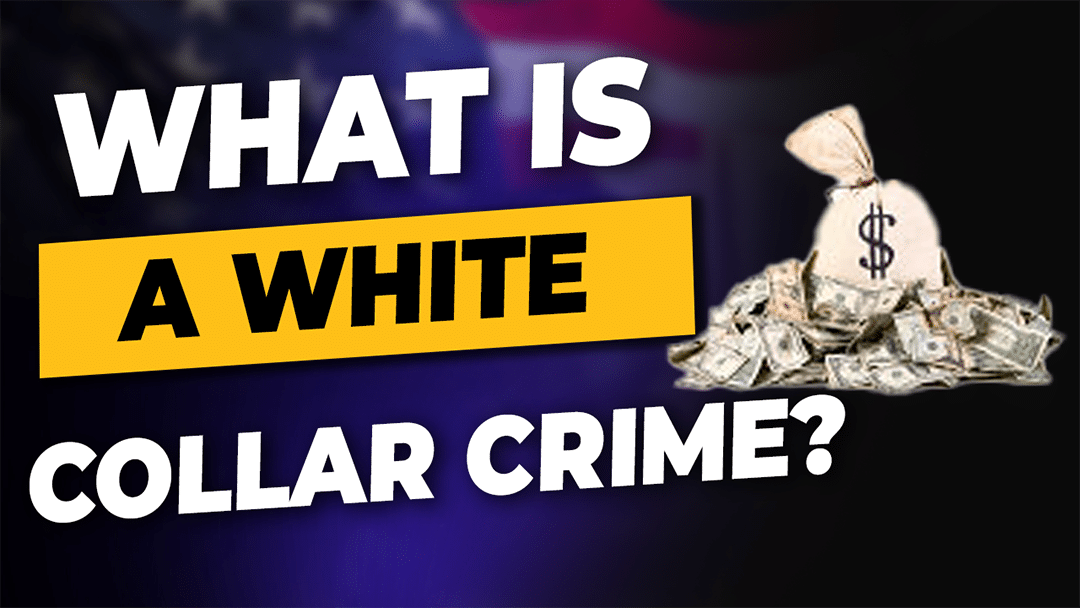 Professionals and people in business often engage in white-collar crimes to gain money, avoid losing money, gain a personal advantage, and other similar goals. A white-collar crime is typically financially motivated and non-violent.

Many people reach out to Prison Professors, an Earning Freedom company, for information regarding white-collar investigations, prosecutions, sentencing mitigation strategies, and post-sentencing strategies. The information and expertise we share with others are based on our team members’ personal and professional experiences. All of them have been impacted by the criminal justice system and can speak from personal experience. As such, we offer an unparalleled perspective on white-collar crime and the criminal justice system in the United States.

The “white-collar” label dates back to the late 1930s; the prosecution and investigation of white-collar crimes have risen over many decades.

According to the Federal Bureau of Investigations (FBI), white-collar crime refers to the full range of frauds committed by business and government professionals.

For the FBI, the main characteristics of white-collar crimes include deceit, concealment, and violation of trust. White-collar defendants rarely use violence to commit their crimes, as these crimes are not dependent on the application or threat of physical force or violence.

WHAT IS AN EXAMPLE OF WHITE-COLLAR CRIME?

Another example of white-collar business fraud would be wire fraud, embezzlement, corporate fraud, or money laundering. (The Elizabeth Holmes criminal fraud trial is an example of a white-collar criminal jury trial.)

Other examples of white-collar crime include:

The Department of Justice (DOJ) is the lead prosecutor for federal crimes. Many federal agencies, including the FBI, the Internal Revenue Service (IRS), the Securities and Exchange Commission (SEC), and the National Association of Securities Dealers (NASD), and state authorities, enforce federal criminal laws. The DOJ, FBI, SEC, NASD, IRS, and other federal and state agencies and task forces are all part of the group of agencies that investigate white-collar crime.

White-collar crime punishment can include imprisonment, fines, home detention, community confinement, costs of prosecution, forfeitures, restitution, supervised release, and imprisonment. The Federal Sentencing Guidelines recommend a longer prison sentence when at least one person suffers substantial financial harm. Frequently, a person pleading guilty to a white-collar crime, or assisting in a government investigation, can help lessen the consequences and punishment.

The typical white-collar crime punishment will include a combination of the following:

Prison: Most white-collar crime statutes provide for a maximum prison penalty. Tax evasion, for example, carries up to five years in prison for each count, and each additional conviction can add another five years. Other white-collar crimes also carry severe prison terms.

Probation & Supervised Release: Probation is an alternative to incarceration available for a white-collar crime conviction. It is up to the sentencing judge. As part of the probation, the offender must typically follow specific guidelines, submit for drug or alcohol screening, and have an assigned probation agent monitor them. Violations of probation can result in lengthy prison sentences. Supervised release works like a form of probation at the end of a prison sentence.

Restitution: A judge can order an offender to pay back the money improperly obtained from white-collar criminal conduct.

Other: A white-collar criminal conviction often results in the suspension or revocation of your professional license (i.e., medical, law, accounting).

According to government statistics, white-collar crimes cost the United States hundreds of billions of dollars each year, with some recent estimates of the cost reaching one trillion. Many observers point to this economic impact of white-collar crime, noting that it is far greater than ordinary crime. In addition to the economic effects, white-collar crime is of high interest to law enforcement because of its societal impact. It often endangers employees and leads to unsafe working conditions, injures consumers because of dangerous products, and causes pollution for failure to follow regulations.

Due to the societal impact, observers refer to the state of white-collar financial crimes in the United States as a “domestic and global epidemic.” See TIME: Financial Crime Epidemic. A Crime Epidemic Has Cost Americans Billions. Why Aren’t More People Paying Attention?

Last year, the internet facilitated so much criminal activity that it reached its highest level in two decades, according to the FBI. And, according to the Federal Trade Commission (FTC), 40 million Americans were victims of mass-market consumer fraud in 2017, and those numbers are only growing.

These statistics all point in a similar direction: law enforcement investigations and prosecutions of white-collar financial crimes will continue to grow.

WHAT ABOUT CORPORATE DEFENDANTS?

Individual crimes are white-collar crimes committed by one person or a group of people, like Bernie Madoff’s infamous Ponzi scheme, for example. Other individual crimes in this category include identity theft, hacking, counterfeiting, and any of dozens of fraud schemes.

Arthur Andersen is a well-known example of a criminal case against a corporation and how it can destroy a firm. In 2002, Arthur Andersen was convicted of obstruction of justice for shredding Enron audit documents. Although years later, the US Supreme Court reversed the firm’s criminal conviction, the impact of the scandal combined with the findings of criminal conspiracy ultimately destroyed the firm’s credibility and its ability to stay in business.

Other potentially available defenses to an accusation of a white-collar crime include duress, incapacity, and entrapment. People must consult their criminal defense counsel to provide legal advice regarding their unique situation in any criminal matter, including the available defenses.

WHAT DO WHITE-COLLAR CRIME LAWYERS DO?

White-collar crime lawyers defend individuals and businesses, senior in white-collar criminal investigations and prosecutions. While most people know that criminal defense lawyers and public defenders work to defend individuals, organizations, and entities that have been charged with a crime, it is also the case that they can assist people during a criminal investigation before prosecutors file charges.

A white-collar lawyer’s cost will vary depending on several factors, such as the matter’s location, how complicated it is, whether there will be a trial, and the assignment’s scope. According to legalmatch.com’s estimates, a person can expect to pay between $150 and $700 per hour for a criminal defense attorney’s time. With this type of fee structure, it is not uncommon for the bill to reach $10,000 to $15,000. Some lawyers will charge a retainer fee up front and then bill hourly. Others may charge a retainer for the entire case before trial, with more if the case goes to trial. There are many other possible arrangements that individuals should discuss with lawyers in detail when they hire a lawyer.

HOW DO I HIRE A LAWYER FOR WHITE-COLLAR CRIME?

Ultimately, a person facing the criminal justice system should hire a lawyer they feel comfortable with and feel they can trust during this challenging experience. Experts recommend hiring someone with experience but also empathy. Not all lawyers have the temperament and personality that makes the client feel comfortable.

Also, people should listen to see if the lawyer they are hiring has a vision for their case, understands where the case is going, and takes the time to explain how they are going to prepare the defense. Be skeptical of lawyers who overpromise. Many lawyers try to guarantee an outcome at the inception of a case when they do not know how it will play out in many cases. A good lawyer knows that certain types of evidence, certain types of arguments, and certain witnesses can benefit a case. A person will want an attorney who is confident in their abilities and skills, believes in the person, and sees the total picture.

If you want to learn more about how to hire a lawyer watch this video or schedule a call here.

The investigations and prosecution of white-collar crimes are on the rise and are a top law enforcement priority in the US. According to government statistics, white-collar crimes cost the United States hundreds of billions of dollars each year, with some recent estimates of the cost reaching one trillion. Many observers point to this economic impact of white-collar crime, noting that it is far greater than ordinary crime.

A person involved in a federal white-collar case needs legal counsel they can trust to navigate through the court process and establish the best legal defense possible. Also helpful is a sentencing mitigation team, who can help draft strategies for obtaining the best possible outcomes in sentencing and beyond.

If you would like to discuss your white-collar crime with our team schedule a call or call 949-878-2127.

P.S. Below is a link to a video we filmed that addresses what happens IF someone is convicted of a white-collar crime.