What Should I Know About the Administrative Remedy Process? (Chapter 12) 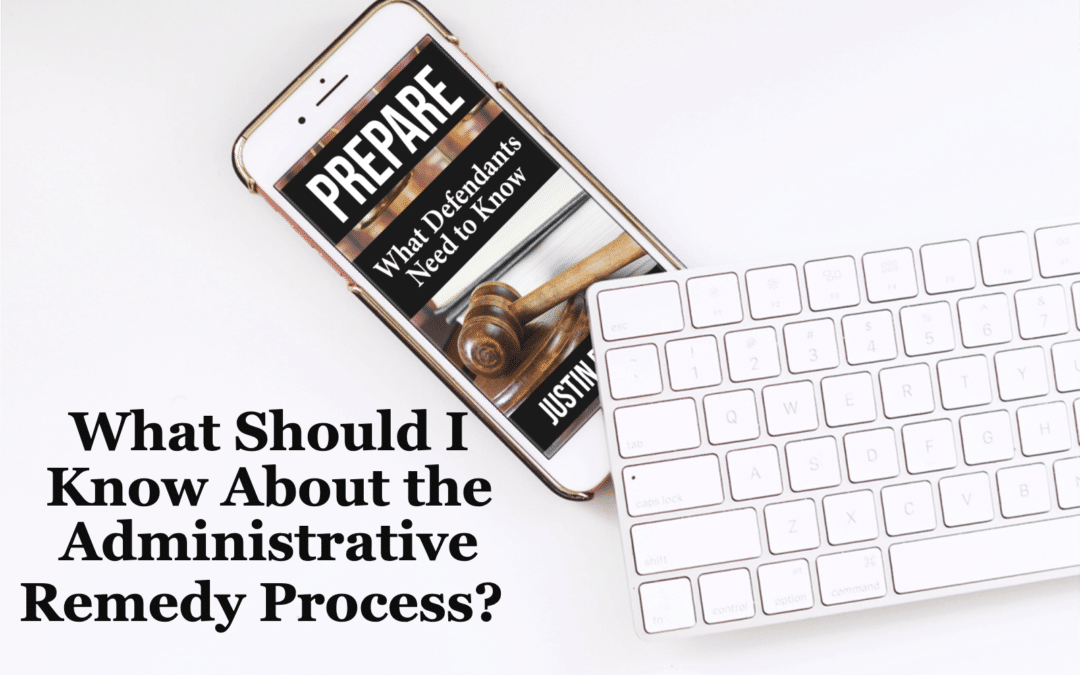 What Should I Know About the Administrative Remedy Process?

When going into the federal prison system, it’s prudent to enter with our eyes wide open. We’d like to think that everything will proceed well. In reality, we’re entering a system where things don’t always go as we’d like. Sometimes, the atmosphere of imprisonment presents us with problems and challenges. It’s not always within our power to change the situation, but we always have the ability to decide how we’re going to adjust.

Problems within the system itself may complicate a prisoner’s life. In the previous module, we offered a glance at the staff hierarchy that operates each prison. If disputes arise, staff members prefer that we try to resolve them informally at the appropriate staff level. In other words, if you’ve been assigned to a job you don’t like, don’t go complaining to the warden. Take your grievance to the job supervisor or to the counselor.

When prisoners cannot resolve grievances with a staff member, policy requires that they use the Administrative Remedy Process.

The Administrative Remedy Process offers staff members in the BOP an opportunity to review a prisoner’s grievance. Sometimes the grievance is serious and a request for judicial relief is appropriate. But in most cases, prisoners must exhaust their administrative remedy options before they can seek redress through the courts.

People in prison do not have a right to counsel through the Administrative Remedy Process. For that reason, they should learn how to prepare the grievance. It’s a plain-English complaint, but like everything else in prison, it’s crucial to respect the process—meaning timelines and copies and so forth. In any prison, there will be people in the law library that would be willing to help file the grievance.

The first step in the Administrative Remedy Process is called Informal Resolution. This step does not require paperwork, but it’s wise to keep a journal, or notes of every step taken.

Staff members expect the prisoner to make an attempt to resolve the matter with a simple conversation, or request. If the problem persists, whatever it may be, the prisoner should then turn to his counselor for assistance.

The counselor will ask for an explanation and a description of efforts to resolve the problem informally. If the matter isn’t resolved informally, the counselor should issue a BP-8 form, which is the first stage of the written procedure.

All of the forms are basic. The BP-8 requests the prisoner:

The form doesn’t offer much space. Limit each request for remedy to one single issue. Keep a copy of the request because it will be necessary when filing the appeal. Once complete, pass the form in to the counselor. The counselor should document attempts to resolve the matter, staff-to-staff. A prisoner should expect a written response to his BP-8 from his counselor within a week.

If the response does not resolve the problem, and the prisoner wants to continue to the next stage in the process, the prisoner should request a BP-9. The BP-9 elevates the level of the grievance to the warden’s level. It would be naïve to believe that the warden will review or even consider every grievance. Ordinarily, expect the warden to designate someone on his or her staff to respond to the BP-9 complaint. He may sign the response and the counselor will deliver a copy to the prisoner.

A prisoner who believes the Warden has denied his request for relief inappropriately may pursue the matter to the next level through a BP-10 form. The counselor will provide the form.

If the inmate is raising a complaint of a sensitive nature, like one that may involve the warden directly, or other staff members, the prisoner may request a “Sensitive BP-10.” In this instance, the prisoner can file his request for administrative relief directly to the regional office. But the complaint must be truly sensitive to pursue this route.

Finally, if the prisoner does not receive the relief requested from the regional director, he may file a BP-11. This is the last stage of the administrative-remedy process. Prisoners should send their BP-11, with supporting documentation, to the BOP headquarters in Washington, DC.

Procedures: Bureaucratic procedures require people in prison to file their grievances in a timely manner. If they miss deadlines, staff members will move to dismiss the complaints as being out of time.

Rules permit people in prison to assist each other on all legal matters.

After exhausting the administrative process, if the person continues to feel as if the prison system is violating his rights, he may file a complaint in the federal district court.

We advise people to choose their battles carefully. When it comes to military strategy, a wise general willing loses a few battles for the higher goal of winning the war. We can learn from military strategists. If a person in prison expects to experience some discomfort, he may have a higher tolerance and strong enough mindset to let some grievances slide.

Staff members form close relationships with each other. They can easily prevail upon their relationships with colleagues to make life uncomfortable for a person in prison. People that develop reputations for filing frivolous (or not so frivolous) complaints can make a bad situation worse. They can lose access to visiting, to telephone, to email. Staff members may lock a person in Special Housing for an administrative investigation. They may transfer a prisoner across state lines.

It’s crucial to remember that when judges sentence people in federal court, they say: I hereby sentence you to the custody of the attorney general. At that point, the person has become an inmate. BOP staff members have enormous discretion. They have enormous power over the life of a human being.

For this reason, we advise people to go through federal prison as a submarine. We want them to travel beneath the surface, avoiding problems at all costs. Like a submarine, keep the periscope up to know what’s going on in the area. But be silent and safe, avoiding problems with both staff and others. Avoiding complications is the best way to make get through a prison term successfully.

Our team advises people to use discretion and critical-thinking skills when it comes to filing a request relief through the Administrative Remedy Process. Prison is different from the judicial system. Rights to discovery do not exist and prisoners do not have a right to cross examine accusers or witnesses. In some cases, it’s necessary to file administrative remedy procedures in order to advance to the federal judicial system. But more often than not, administrative-remedy is a losing proposition and it’s best to let the grievance slide.