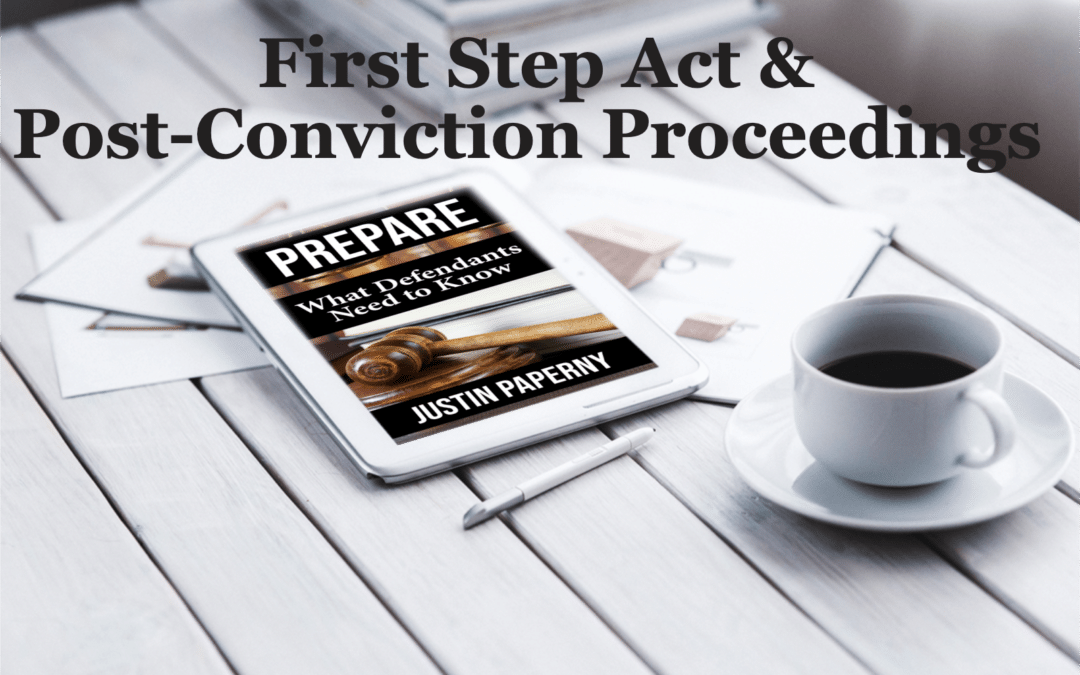 In the United States, we like to say that a person is presumed innocent until there has been a finding of guilt. Defendants don’t always feel that presumption of guilt. A criminal charge may result in being ostracized by friends, loss of employment, and even loss of housing. Those collateral consequences make a difficult situation worse.

From a legal perspective, life officially changes after a conviction. Prior to the conviction, the defendant may have gone through a “pre-trial services” program. While in the “pre-trial phase,” a judicial employee or probation officer may lightly oversee the defendant, imposing light restrictions. As an example, a person in the pre-trial phase may have to request permission before traveling outside of a specific jurisdiction.

With a criminal conviction, more formal proceedings will follow. For felony cases, the next step will include a pre-sentence investigation and ensuing report.

Once a defendant pleads guilty, or a jury convicts the defendant, the defendant’s status changes. At that point, the system will categorize the person as a convicted felon.

In most felony cases, the court will order the probation department to conduct a pre-sentence investigation. This investigation will result in a report that has a lasting influence on the defendant’s life.

The pre-sentence investigation report provides the sentencing judge and the prison system with a background of the offender. Essentially, the report will begin with a narration of the prosecution’s version of the offense. The probation officer will interview the defendant and give him an opportunity to make a statement, too.

The objective of the pre-sentence investigation report is to offer the judge (and others) a snapshot of the offense and the defendant’s background. The judge then uses this information as a source of reference when deliberating over the appropriate sanction to impose.

Those going to prison, however, should not underestimate the importance of this document. For the duration of one’s term, the PSI will influence the journey. That means the PSR will have a big influence on the person while he is in prison and while he is on Supervised Release. Because of the PSI’s importance, I devote an entire chapter to the process and reveal how we help clients prepare for the PSR.

Sentencing: After the finding of guilt, and the completion of the PSR, the next step in the criminal justice process is sentencing. In most cases, sentencing is a function of the court. Basically, the sentencing judge has three alternatives:

Generally, the legislature determined the range of sanctions from which the judge can choose.

Congress designed the guidelines to create uniformity in sentencing. They provide a matrix that take many dynamics into consideration. Among other factors, guidelines consider the defendant’s role in the offense, the defendant’s acceptance of responsibility, aggravating factors, mitigating factors, and the defendant’s criminal history. The Federal Sentencing Guidelines Manual provides many details that judges may consider as they deliberate over appropriate sanctions.

Anyone who anticipates the possibility of receiving a federal sentence ought to read that manual, completely, to understand more about what guides the sentencing judges thinking at sentencing.

Our team has interviewed several federal judges, including Mark Bennett. They’ve given us insight with regard to steps a defendant should take in anticipation of sentencing. Specifically, judges want to know:

To learn more about these points, watch this 4:56 video I filmed with Dr. Phil:

If the defendant has been out on a bond, the judge may order the defendant into custody after the sentencing hearing. In other cases, the judge authorizes the defendant to report to prison later. Our team has seen cases with different outcomes. If the defendant makes a credible argument, he may have reason to wait several months before surrendering to prison. In the rarest of circumstances, defendants may remain free on bond pending the outcome of an appeal.

Every case is unique. Defendants should consider the pros and the cons of prolonging a surrender date to federal prison. In some cases, it makes sense to get to prison at the soonest possible time. In other cases, valid reasons exist to postpone the surrender date.

After the judge sentences a person, a transition takes place. In the federal system, the trial judge will lose jurisdiction over the case in a matter of days. The U.S. Marshal Service will send the Judgment Order, along with the PSR, to administrative office of the Bureau of Prisons, in Grand Prairie, Texas. Prison staff members will then rely upon a policy statement known as the Custody and Classification Manual. That manual will result in a “security-level” score and a “custody-level” score. BOP officials in Grand Prairie will rely upon those scores, and other factors, to determine where the prisoner will serve the sentence.

All prisoners that remain active in those positive programs will derive some form of benefit from participating. But if the Bureau of Prisons officials determine that the participating prisoners are at “low- or minimal-risk” of recidivating, those prisoners will receive “Earned Time” credits of 15 days each month.

It’s important to differentiate “Good Time” credits from “Earned Time” credits. Prisoners receive up to 54 days each year in Good Time credits if they avoid being charged with any disciplinary conduct. Prisoners don’t have to do anything particularly good to get the Good Time. They simply must avoid doing anything bad. By adhering to rules, a prisoner’s sentence will be cut by 54 days per year.

The First Step Act does not cut time that a prisoner owes to complete the sentence. Rather, the prisoner that works to develop skills through good behavior and positive programming accumulates Earned Time credits at a rate of either 10-days per month, or 15-days per month. At the end of the sentence, the qualifying prisoner will be able to rely upon those Earned Time credits as an objective mechanism to transition into home confinement earlier than would otherwise be possible. Qualifying prisoners may serve significant lengths of time on home confinement.

Although the above table is only an estimate, and we won’t have final details until the Bureau of Prisons releases its policy statement on the First Step Act, it’s clear that this law will bring a positive benefit to many people in federal prison.

Again, we will update our sections on Earned Time as the Bureau of Prisons releases policy statements on this law.

Getting to Federal Prison:

Once an individual is sentenced to federal prison, the next step is getting there. Offenders who are sentenced to relatively short terms, fewer than ten years, may have the privilege of surrendering to the facility to which they have been designated or assigned to serve their sentence. The vast majority of people will be taken into custody and proceed through the humiliating prisoner transfer system. Future chapters will describe what to expect when being transferred to an initial prison, or from one prison to another.

Most defendants will enter into plea agreements that prohibit them from launching direct appeals. Prisoners that proceed through trial, on the other hand, routinely appeal if the jury convicted them. They may appeal errors in due process. In rare circumstances, such as if they discovered information that had not previously been available, they may appeal issues that the trial court did not consider. Otherwise, appellate courts review errors that the lower court may have made, which would have violated the defendant’s due process rights.

Every step in the judicial proceeding brings the case one step closer to finality.

The U.S. Supreme Court, being the highest court in the land, is the court of last resort. Few defendants ever see their cases advance that far in the appellate procedure. Indeed, relatively few offenders find any relief through appellate procedures. According to Modern Criminal Procedure, 9th Edition, by Yale Kamisar, et al, published by West Group, (St. Paul. Minn: 1999)—which we relied upon heavily to write this chapter—fewer than 11 percent of all defendants succeed on appeal.

Within one year after the appellate process is exhausted, those in prison may seek relief through habeas corpus, a civil (rather than criminal) proceeding. It is difficult to undo the long record that already has been established. The judicial concept of stare decisis, meaning “Let the decision stand” weighs heavily against defendants that seek relief through habeas corpus. Nevertheless, if defendants believe that their constitutional rights have been violated, such as if their attorney failed to represent them appropriately, and they file their motion within time limits authorized by the rules of civil procedure, they may attempt to get judicial relief through motions such as the §2255 motion.

Anyone anticipating a potential problem with the criminal justice system should learn as much about the system as possible. The more knowledge one has about the system, the better-prepared one will be to work with his attorney to achieve the best possible outcome.

Individuals should rely on their attorneys for legal advice. Yet they also should make efforts to gather and learn from the experiences of others. Do not be an ostrich, living as though problems with the criminal justice system will somehow disappear.

If an individual is actually charged with a crime, we recommend the individual read the statute to find a complete definition of the elements of the offense. The defendant should read through potential penalties as well. The defendant does not have to speak with a law enforcement officer, but if he chooses to speak, he had better not lie. Lying to any law enforcement officer exposes the person to more problems—like obstruction of justice charges, or charges of making a false statement to a federal officer.

Once one is ensnared in the criminal justice web, it’s time to think about damage control. Like a fly caught in a spider’s web, life as one previously knew it is definitely about to change.

Keep in mind, too, that the best way to avoid problems with the criminal justice system is to avoid committing a crime in the first place, or avoid associating with those who have done so. On the other hand, if an individual finds himself a potential target of law enforcement officers, he ought to know the stakes associated with every decision.

If an individual intends to plead guilty, the sentencing guidelines make clear that the sooner and more completely one expresses remorse and accepts responsibility, the more an individual increases his chances for leniency at sentencing.

Although holding the prosecutor to task on every issue may bring some advantages, that option does not come without potential costs—both in terms of financial costs to launch an aggressive defense, and costs in terms of one’s exposure to more difficult sanctions.